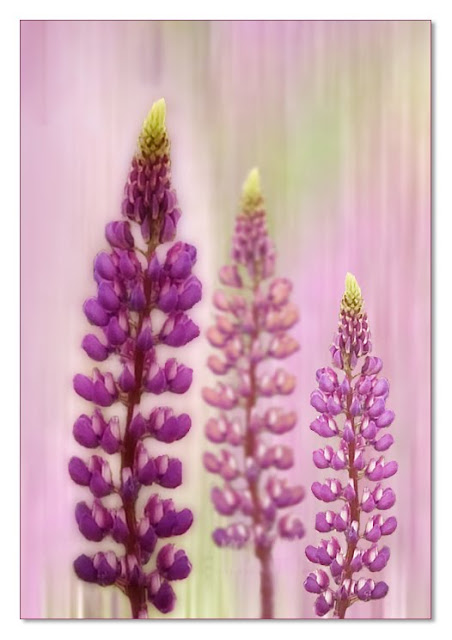 Posted by Paula Davies at 15:35 No comments: Links to this post

Email ThisBlogThis!Share to TwitterShare to FacebookShare to Pinterest
Labels: Flowers

Continuing looking through my pictures from New Zealand in 2004 I came across a shot with some lupins.  It didn't work as taken but I saw a patch of lupins which I thought might make a picture.  An hour or so doodling gave me this result. 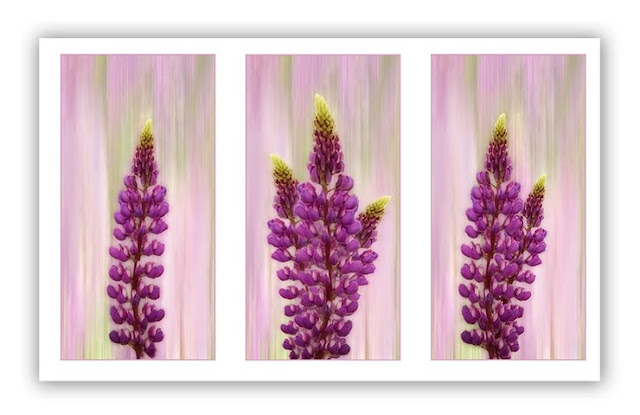 Posted by Paula Davies at 08:52 No comments: Links to this post

Email ThisBlogThis!Share to TwitterShare to FacebookShare to Pinterest
Labels: Flowers

No Photography This Week

I didn't take a single photograph this week but I have been looking through some old folders on the computer trying to find new pictures to enter into exhibitions. 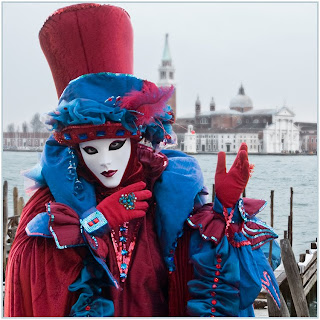 The first one is from Venice Carnival taken in 2007

The other three are from our visit to New Zealand in 2004. 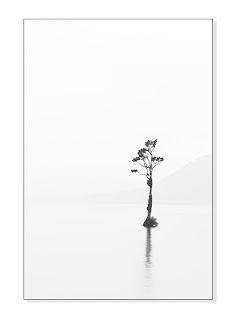 This was taken on a very wet day at Lake Brunner.  I have tried to emphasise the atmosphere of the day by lightening the image using curves in CS3.  Converted to mono and added a white layer in Soft Light Mode. 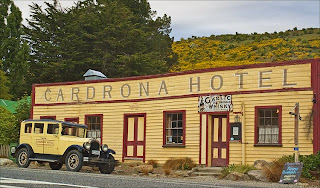 I saw a picture of the Cardrona Hotel in the Travel Section of an international exhibition and it reminded me that I had pictures of the same Hotel.  Although it looks like a museum the Cardrona Hotel is still a going concern.  It is between Wanaka and Queenstown on South Island, New Zealand.
This is a straight shot but the next picture was taken with a very wide angle lens.  I have also used the transform tool to distort the picture even more. 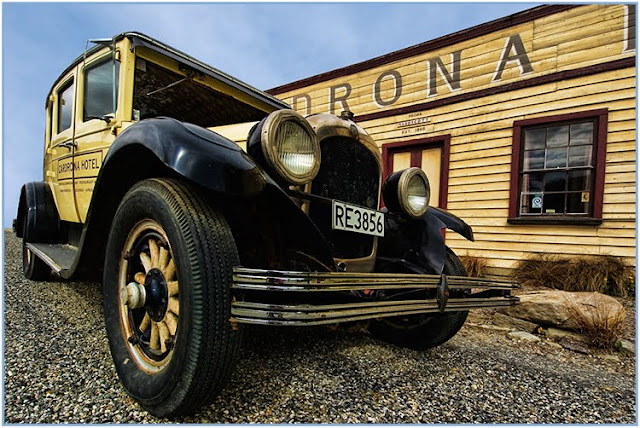 Posted by Paula Davies at 11:49 No comments: Links to this post

We have had our fair share of snow in Stokesley since 17th December with around 11 inches falling since New Year.

Yesterday I managed to have a walk down to the river. 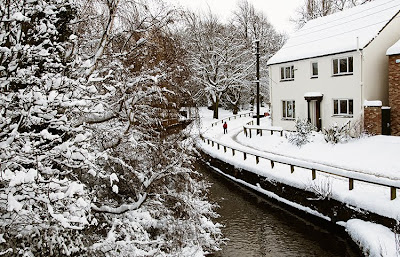 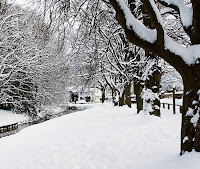 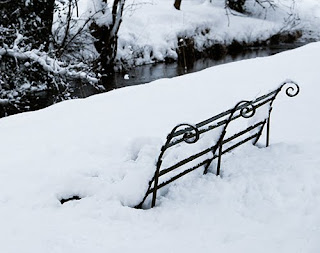 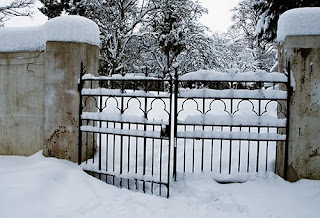 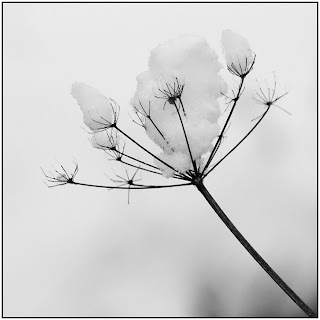 It was too cold for ice creams 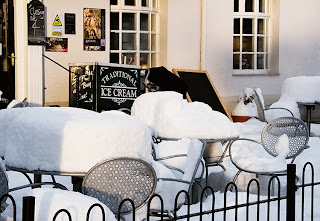 Posted by Paula Davies at 15:50 5 comments: Links to this post