Canola in the USA or Oil Seed Rape in the UK. 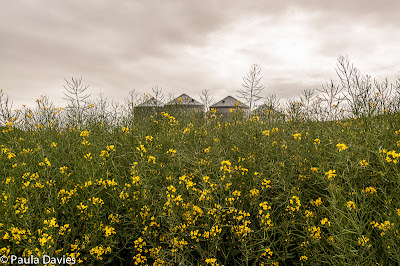 Still not getting that 'special light'. 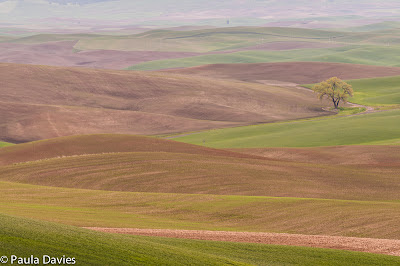 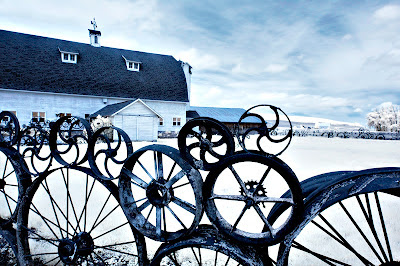 When the barns in the Palouse are no longer used they are just left to weather and eventually fall down. 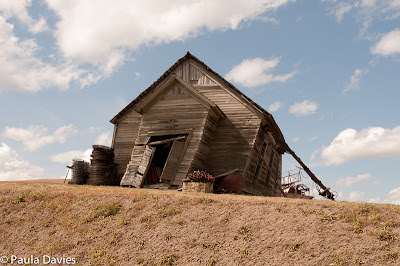 We had our first real look at the Palouse area today.  We didn't do the right thing and get up early so the light was a bit flat by the time we got to Steptoe Butte.  A bit of work in Lightroom has helped. 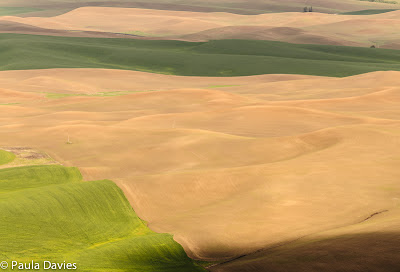 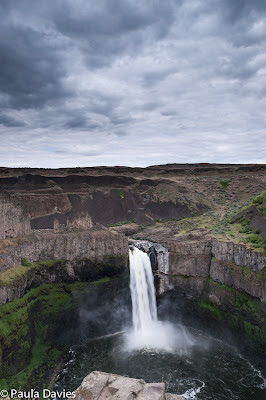 A rust patch found on the side of an engine in the Northwest Railway Museum at Snoqualmie, Washington State. 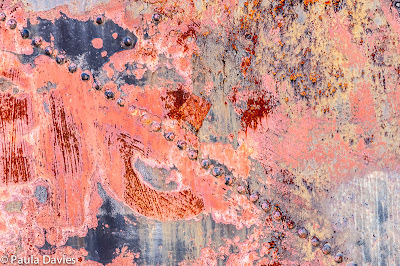 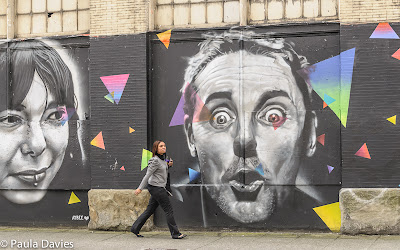 Seattle. How nice to be in a city where parents don't mind their children being photographed. 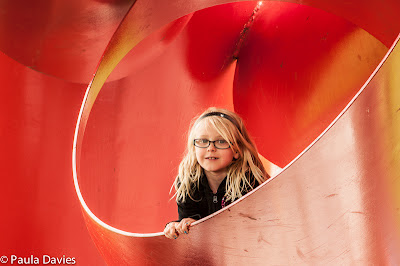 From the departure area at Newark Liberty airport.

I spotted the blue trolley handles while we were waiting for the shuttle-bus to our hotel at Manchester Airport and then, after getting closer, spotted the contrasting green bottle. 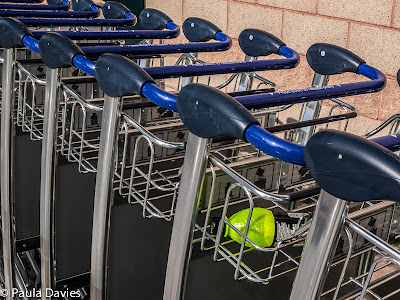 I woke up during the night and realised that I should have taken a picture of the church with the cherry blossom as these two trees are going to be removed soon.  The blossom has all blown away now but I still thought I ought to take a picture for the sake of history. 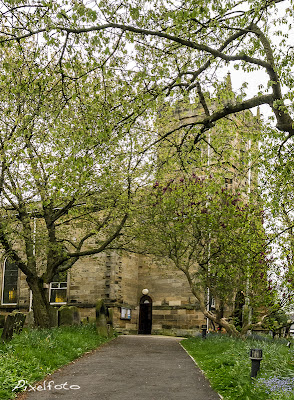 Today is our 34th wedding anniversary and we decided to have a day out in York to celebrate.  Lunch in Goji was good, especially the vegan chocolate cake. 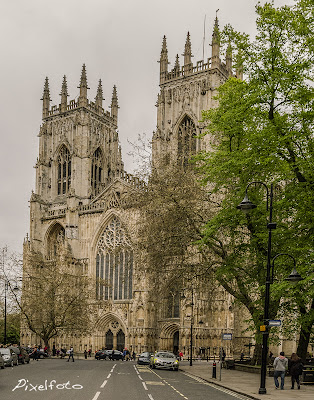 In the chiropractor's treatment room lives Kevin the Skeleton. 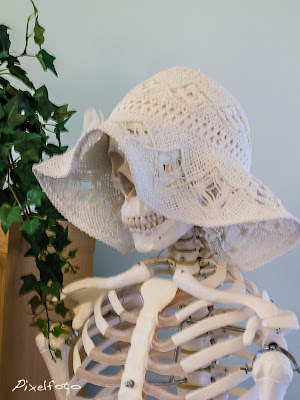 I brought two of these flower stems indoors recently as the wind had blown it over and broken the stem.  (365-102) They were tight buds then but are now opening up.  I had hoped to photograph the in between stage when you can see the small buds just breaking out of the paper thin case but that happened overnight. 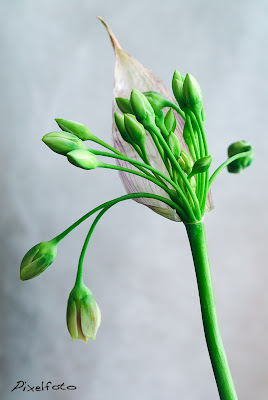 It will be good to get out into the landscape again. 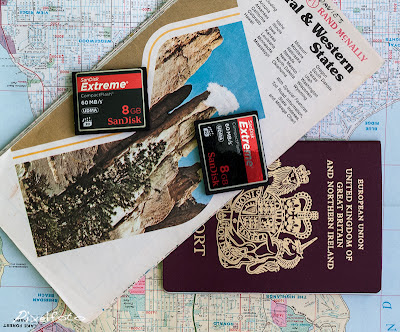 Busy getting things ready for our holiday in the USA so not much time for going out and getting new pictures. 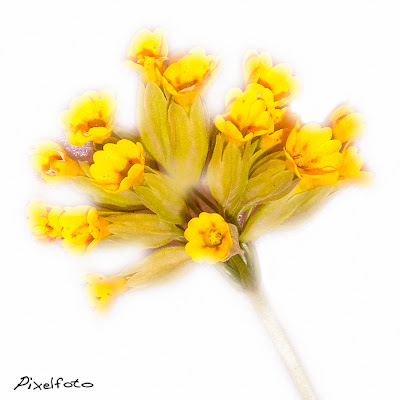 New boots required as I discovered my old ones were leaking badly.

When we were away last week in the Eden Valley we took a look at the International Garden Photographer of the Year exhibition which was on in Reghed.  There were some interesting pictures of flowers which had been put under water and left to degrade so today I plunged this tulip under water.  It will  be interesting to see how it looks in a few weeks' time. 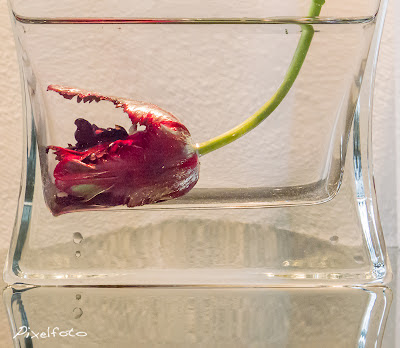 Back to the more mundane today.

We had a super day photographing the birds of prey despite the, mostly, wet weather. 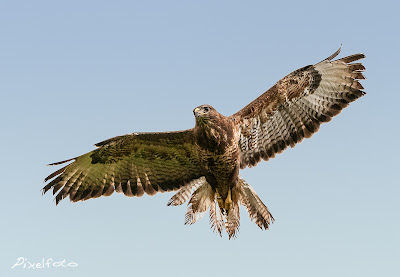 In the Eden Valley for a Birds of Prey Photography Workshop tomorrow with Ann and Steve Toon.

Life is just getting too serious and busy!! 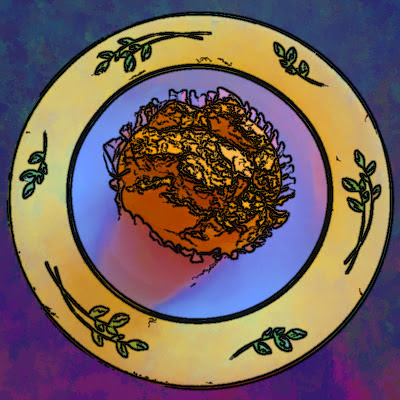 Taken in the back garden. 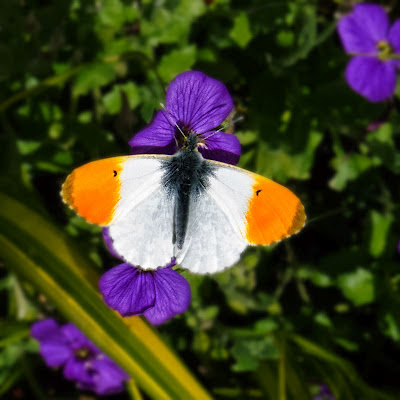 It's been done before but not by me! 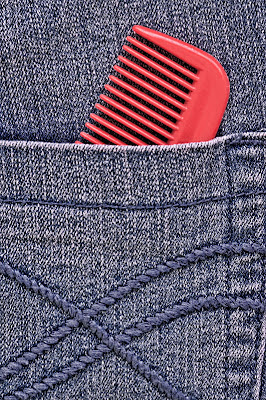 It's a good job that I still have some tulips in the garden for those days when there isn't time to go out anywhere. 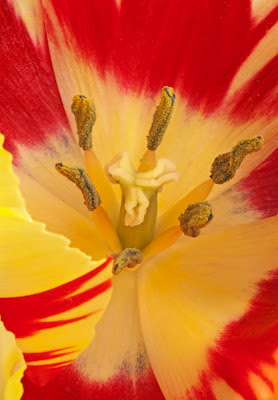 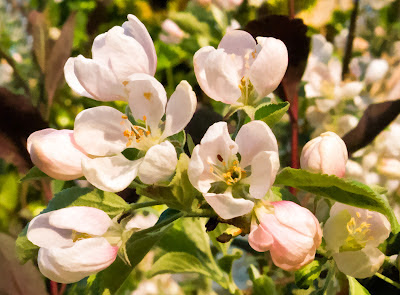 Why?  They are in a pot and look fresh too. 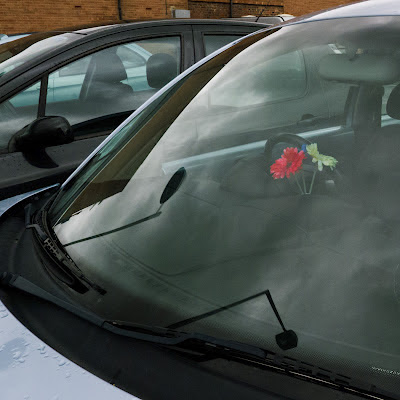 Not much Jubilee stuff around this neck of the woods so far.  I was amused to see the Yankee Candles in this display all with their Union Jacks. 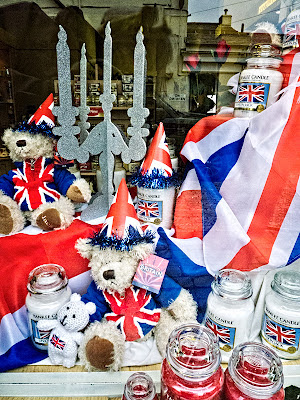 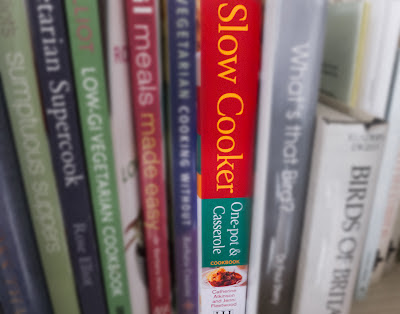 I had to smile when I saw this pooch waiting outside the shops.  It looks as if he has demolished a cake from the baker shop bag.  Though I guess from the state of the bag it has been blowing around for some time. 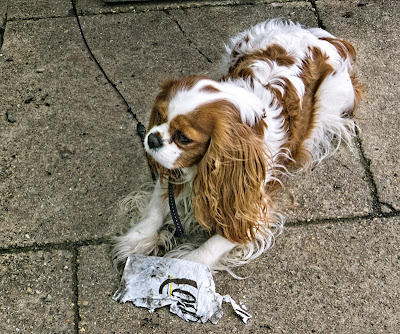