My pink tulip is crisp and dry now but still retaining its colour. 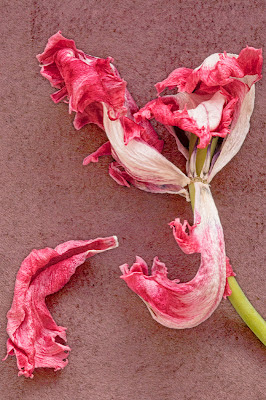 No way I am going out to take any photographs today.  It's wet, windy and only 6 degrees - and it's almost May! 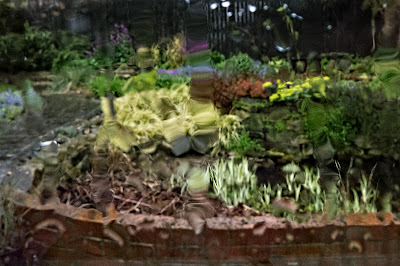 Having spent what was a miserable day indoors we stopped off in the village of Swainby for a quick snap.  I felt that it needed livening up a bit with a mixture of Photoshop treatment. 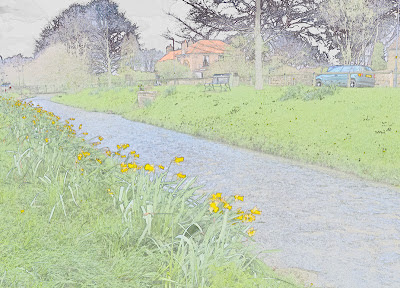 Taken at the Harrogate Flower Show.  Felt that it needed the Topaz Simplify Cartoon treatment. 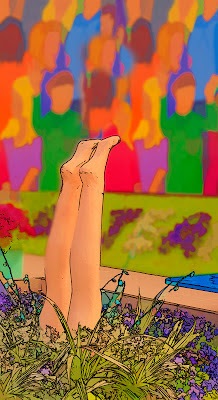 Spent the day in Scarborough with the U3A on a fossil hunt.  Great idea old fossils hunting for even older fossils.    I preferred looking for colourful patterns in the rocks. 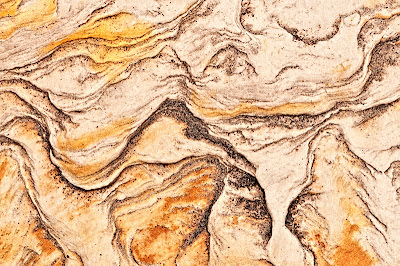 Found at the back of the Co-op. 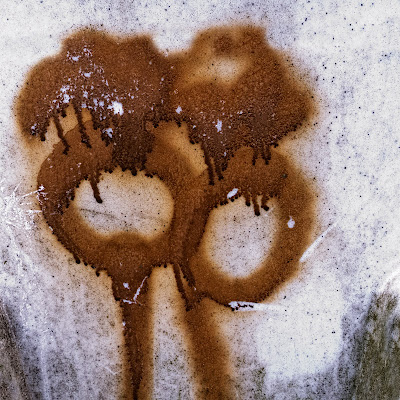 Eileen asked me if I could take a publicity photograph of her.  She was pleased with the result and it's my picture for today. 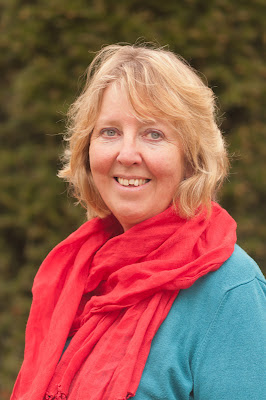 Not the normal blue variety. 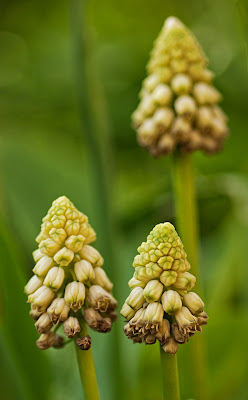 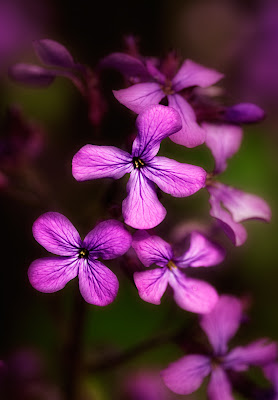 Another day of heavy showers. It started to pour down and the kids quickly jumped off the swinging tyre and were gone. The three in the background were heading for home as quickly as possible. 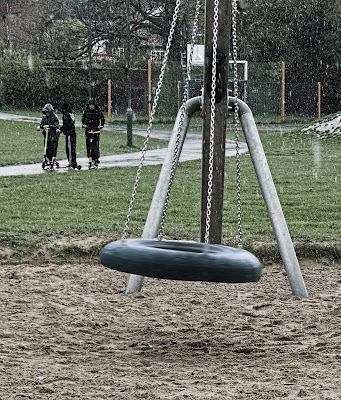 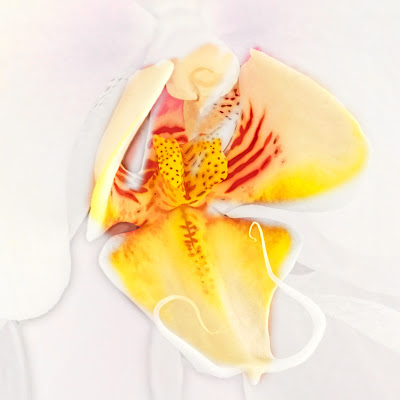 Thursday was so wet that I resorted to photographing a couple of fish which the previous owners of our house had stuck to the bathroom tiles. In the computer they managed to swim into a glassy aquarium. Spotted while sitting in a cafe having lunch today. 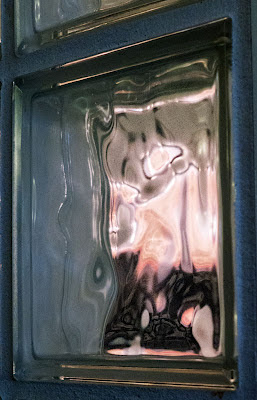 On my 6 weekly visit to the chiropractor today so a chance to take a picture looking across the River Tees to the student accommodation. D70 converted to infra-red. Decided this looked best sepia toned. 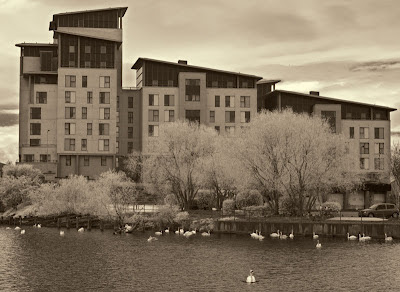 I was asked to take a picture of the artist who paints the backdrops for the (very) amdram panto at our town hall. It's all part of the town's jubilee celebrations and a long story! 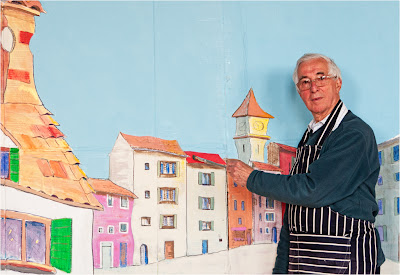 Having picked the tulip yesterday I feel that I should make the most of it. 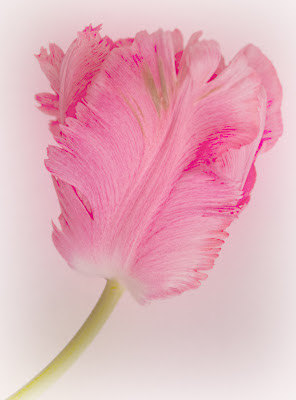 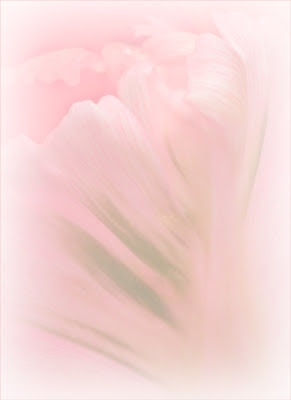 We went to see a photographic exhibition near Scarborough and on the way home took the scenic route across the North York Moors. I could kid you there was still snow up there (in fact there was still some on the side of the roads) but this is with the infra-red converted D70. 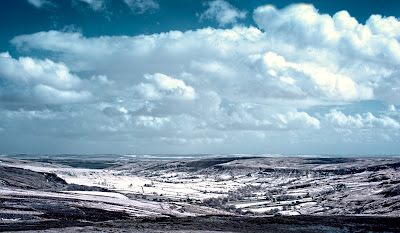 Found in the garden this morning after the rain had stopped. 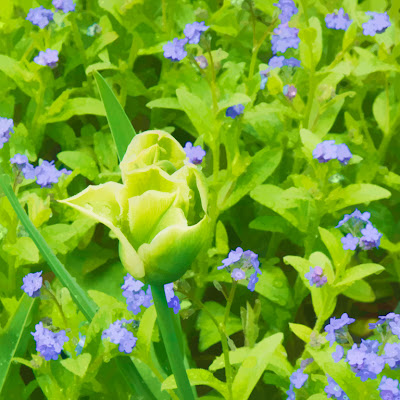 Spotted this display outside one of the flower shops in town. 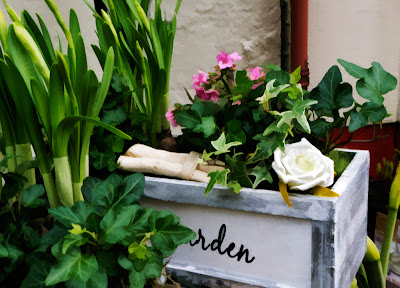 At last I managed to measure the white balance properly for my Infra-red converted D70.  Then I had a fun half hour looking for suitable images.  This was processed using the Channel Swap method. 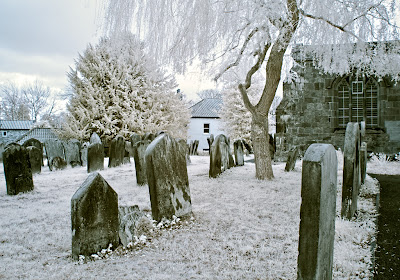 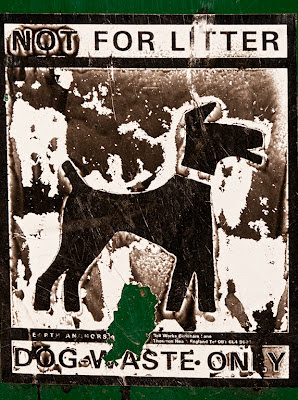 Still not feeling up to much so more photography indoors.  Just waiting for the weather to warm up so we can put our Christmas present out in the garden. 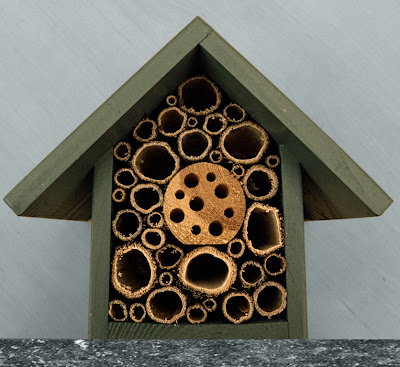 A complete contrast to yesterday but just what I need. 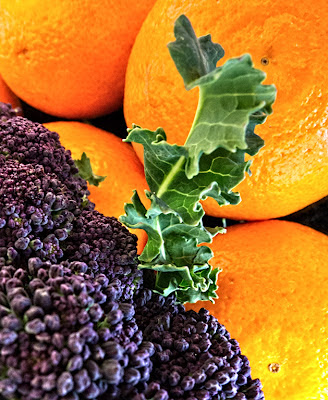 I found this little feather on the garden path this morning. 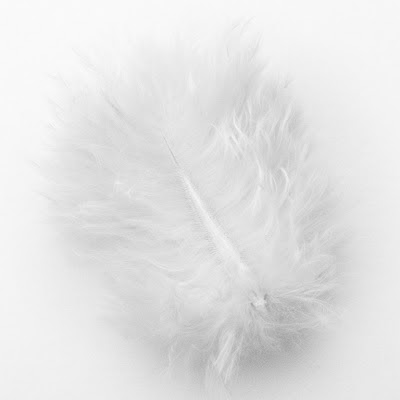 First time out of the house since Sunday but I just had to go and do some shopping for the Easter weekend. 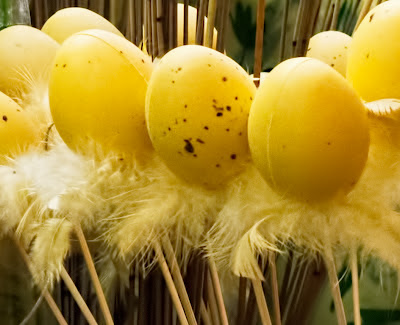 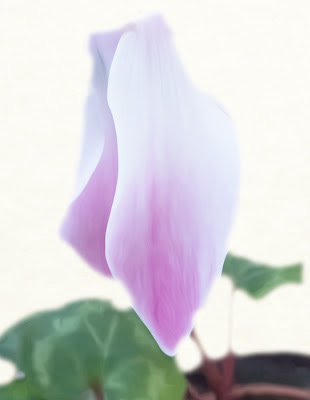 The longed for rain has arrived and how it's needed - even here in the North East. The ground is like
dust. At least it's freshened up the greenery even if we have got cold northerly winds. 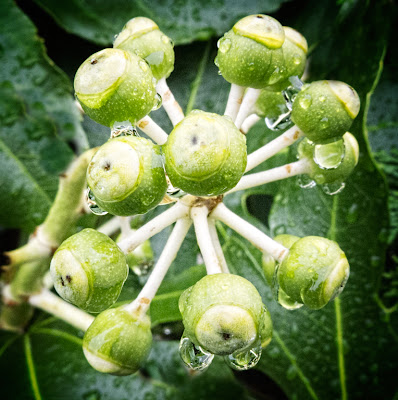 Stuck indoor nursing a humdinger of a cold (feels like flu!). Just popped into the garden to photograph the last of the hellebores. Then playing around with a mixture of Topaz and Photoshop effects. 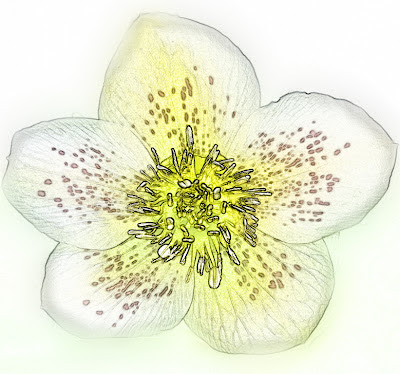 We needed to fill up today and were pleased to find that there were no queues at this petrol station.