Friday was an extremely dull day and probably not the best day to choose to try our the Nikon D70 which has been converted for Infra-Red.  I wanted to get the colours which can be achieved by Channel Swapping in Photoshop.  My attempts were not really successful probably because it was such a dull day.

We started the day at Blea Tarn.  Not the best weather for open landscape but good for recording the colour in the trees.  I did take one shot of the tarn as a 10 shot multiple exposure to smooth out the water in the absence of a big stopper filter.

Later we walked to Slaters Bridge and on the way found the wonderful pollarded tree.  Was it snowing?  You can decide.

The three versions of Slaters Bridge show the Channel Swapped effect with the converted camera, then the same file with Topaz BW Effects and also a picture taken as seen with the Nikon D300.  I prefer the Mono but it's good to experiment and I will have to remember to get out with the converted camera on a bright sunny day. It was almost dark when these pictures of Slaters Bridge were taken - it always amazes me how much light digital sensors can pick up.  Had we been using film we would have given up at least an hour earlier. 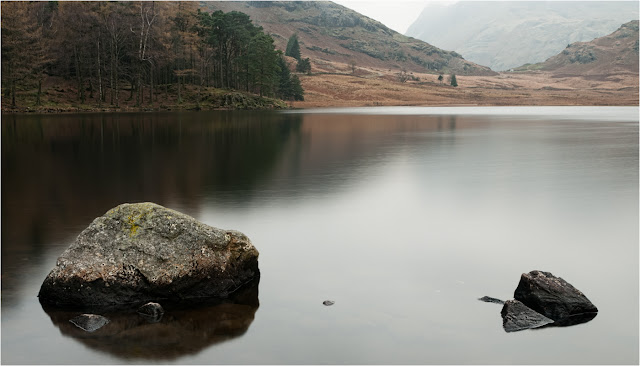 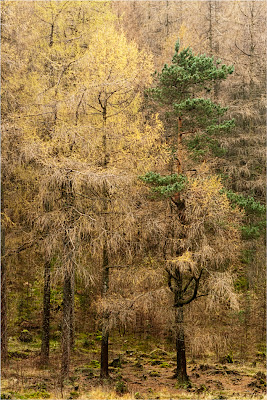 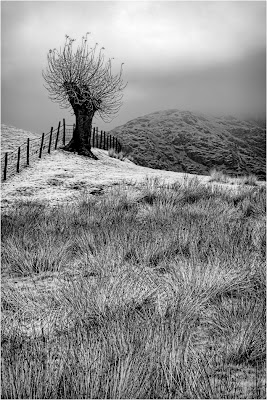 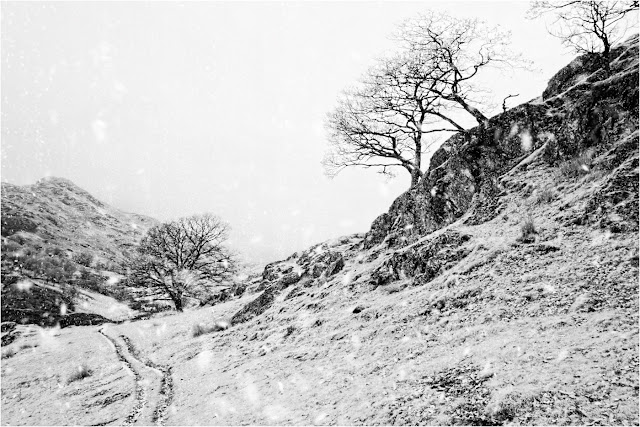 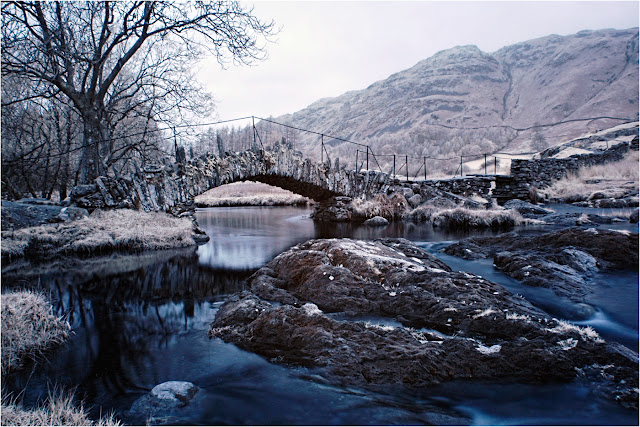 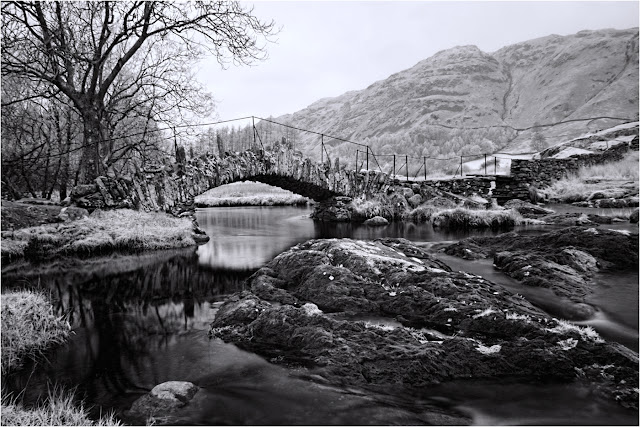 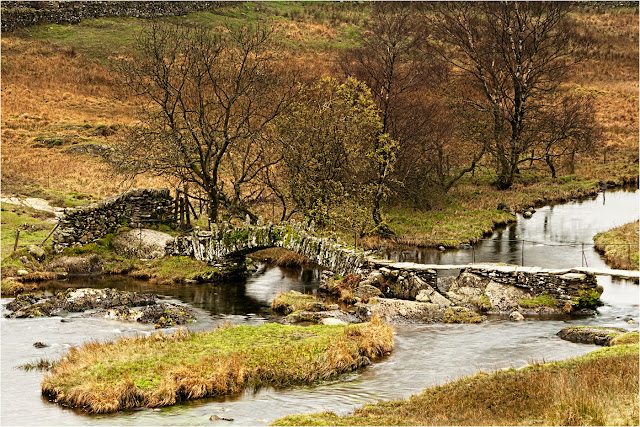